This new design concept was one of the first in the country for the luxury automobile brand.  Constructed on the urban infill site of the old Contintental Inn, this state of the art facility infused new life and extended Lexington's automotive corridor on New Circle Road.

Countryside Motors was a design to develop a new showroom and sales center addition to Jimmy Morgan's Ford, Chrysler, Jeep and Dodge dealership in Lancaster, Kentucky.  The design required two facades and corner towers upon which brand identities were located.

With the need to conform to the standards of both Cadillac and GMC, this new showroom and service reception building was an addition to an existing service workshop.

This was our second evolution of the new Infiniti "sail" concept, which is currently under construction in Fort Wright, Kentucky.  Located along the I75/71 corridor, this new 24,000 SF facility features a 55 foot tall display tower fronting the interstate.  When completed, three vehicles will stack in a 180 degree display that features a lighting package with unlimited color possibilities.  The facility also has a helipad, for use by the most discerning customers of luxury automobiles.

As an addition to an existing facility, this new showroom and sales center will bring the dealership up to the latest standards in the "Main Street" prototype concept as mandated for dealers by FCA.

With the aquisition of Chevrolet/Buick to the Bob Allen lineup, a new showrrom was needed for the Cadiallac and Chevrolet brands.  The result was an addition to the 2014 project, complementing the Buick/GMC design.

Over the years, we have had the great opportunity to design projects of landmark status, but the Infninti Tower at Infiniti of Northern Kentucky, is set apart as it towers over I75/71 in Fort Wright, Kentucky.  The technical aspects of this design presented their own set of challenges.  The strutural design was developed by our engineer here in Kentucky, and the lift system was designed by engineers in Canda.  The lift was then manufactured in China and installed in Febraury of 2019.  To be an efficient design, the lift stucture was developed in concert with the tower structure in what we called a "hand in glove" approach, so there was no repitition of systems.  The result has been a great success for Infiniti of Northern Kentucky.  At night, the towere intenally illuminates the vehicles on display with an LED lighting system with over 16 million color combinations. 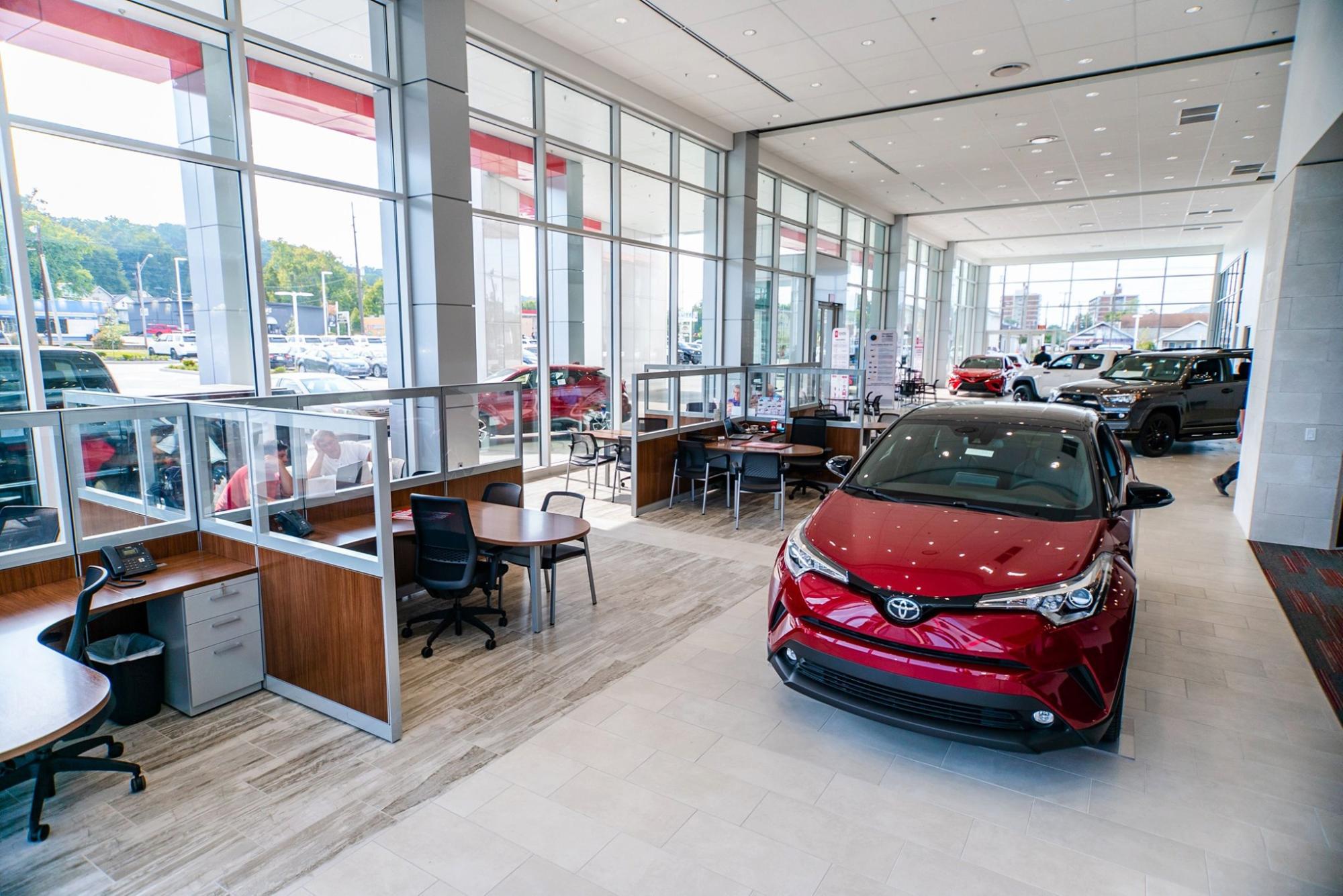 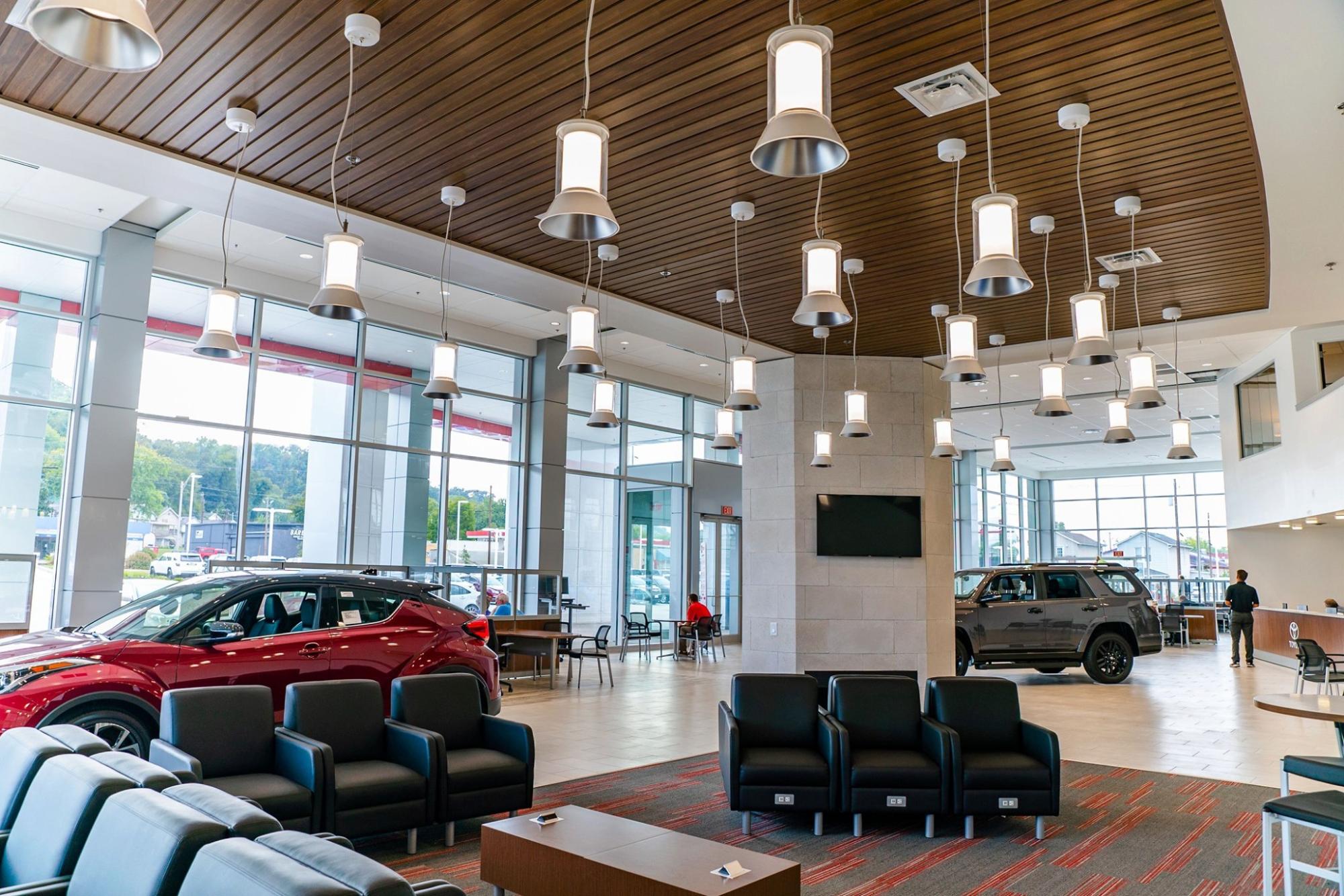 Construction was completed in the fall of 2019 on this completely new facility for the Ashland Kentucky, "tri-state" area.  This design represented the latest standard of facilities for Toyota's values customers.  This was an award winning project for the design team, and immediatly became one of the top performing dealerships in the U.S.

This existing facility was originally built as a pre-engineered metal building designed as a convenience store.  In 2012, we were tasked with bringing the building up to the latest standards from Nissan's prototypical design division.